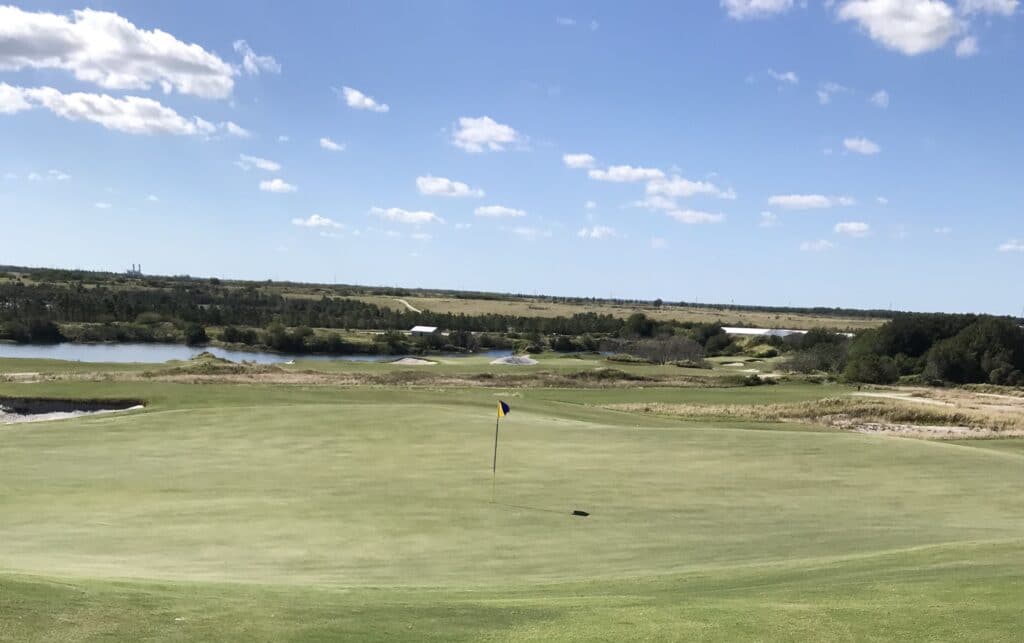 When a golf resort featuring Florida’s #2 and #4 ranking courses decides to convert their greens to one of the newest turfgrasses on the market, people notice. Streamsong Resort recently reopened after regrassing the putting greens of the Red and Blue courses with Mach 1 Ultradwarf Bermudagrass, and the reviews are outstanding.

The media buzz for Mach 1

Golfweek featured the conversion before Streamsong’s October reopening. The reporter, Jason Lusk, took the opportunity to play the courses and said Mach 1 “provides some of the smoothest Bermuda grass surfaces found anywhere.”

“We all preferred the Mach 1. By a lot,” said Wilson. “The roll was fantastic, and the ball sat up on the grass so nicely.”

Mercer, who has overseen the courses since their 2012 opening, said, “We went to great lengths to determine what we wanted to plant. At the end of the day, we couldn’t find anything that we felt like was going to be quite as good as this stuff.”

Plenty of reasons to select Mach 1

Some of the Mach 1 traits that won over Mercer included its extremely fine texture and smoothness, uniform growth pattern, heat and drought tolerance, and stability. Mercer also emphasizes that Mach 1 has “virtually no grain,” and the ball roll is “phenomenal.” As a result, Mercer said that the Streamsong caddies had to relearn the greens and adjust their read. In addition to less break, the greens are also much faster. At the October reopening, the new greens were stimping at nine, and in less than two months, the speed is up to 10.5 or 11, depending on the weather.

Building a reputation on its speed, Mach 1 features all of the attributes that deliver on this promise. Golf course superintendent and agronomist Rodney Lingle selected Mach 1 for its fine texture, exceptional density, extreme tightness, and overall smoothness.

Seeking these superior turfgrass traits, Mercer decided to change when the original greens no longer met his high expectations. “The greens looked splotchy, and the ball did not roll as true or as consistently as we would have liked,” he said.

Originally, Mercer planned to convert the Blue course in 2020 and wait until 2021 to convert the Red. However, when Covid-19 precautions closed the resort, Mercer decided to use the downtime to expedite the conversion. Both courses of 18 holes each underwent regrassing in a meticulous process that preserved the original designs. Mercer consulted the golf course architects – Bill Coore and Ben Crenshaw, designers of the Red course, and Tom Doak, designer of the Blue course, before conducting the work. After being closed for seven months, Streamsong is open again to rave reviews.

Turfgrass production company Modern Turf in Rembert, South Carolina, is the exclusive grower of Mach 1 and manages distribution throughout the United States. Atlas Turf International oversees sales and marketing outside of the U.S.

To learn more about Mach 1, see the Golfweek and the Global Golf Post articles and news of Mach 1’s patent.

Would you like to learn more about Mach 1 Ultradwarf Bermudagrass or the other quality turfgrasses offered by Atlas Turf? Contact us today.