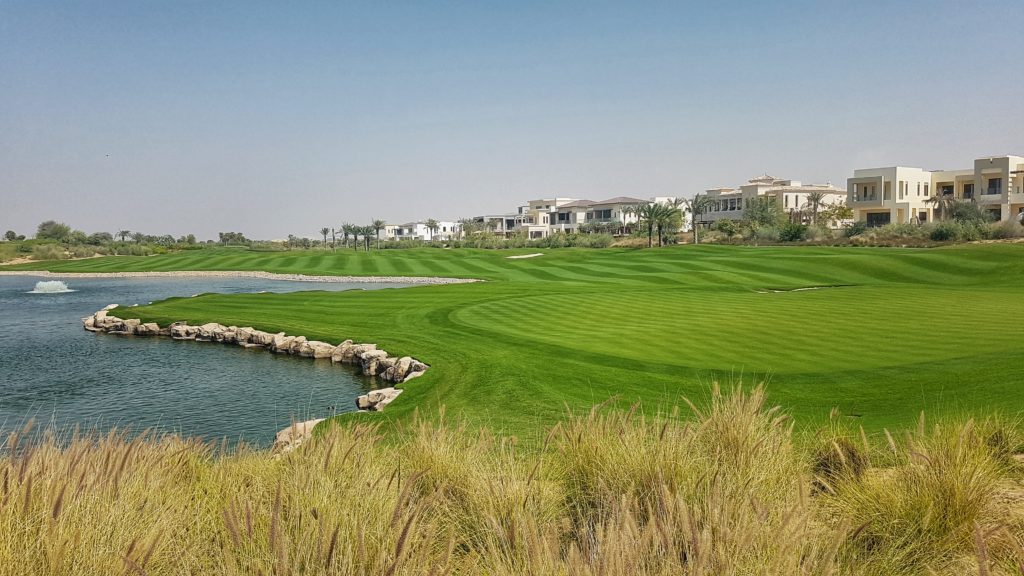 As the first seeded paspalum blend, Pure Dynasty features the best attributes the species has to offer. These include faster establishment, tighter density, better disease resistance, and improved spring green-up. With Platinum TE as one of the genetic parents, Pure Dynasty shares the benefits of vegetative paspalum. It offers salt tolerance when mature, quick recovery, dark green color, and an upright growth habit for excellent playability.

“Pure Dynasty takes the best attributes from its parents and combines into a more diversified product,” said award-winning plant breeder Crystal Rose-Fricker of Pure Seed. “The advantages of the Pure Dynasty blend allow for broader application to varying climates and soil types.”

Suited for a Variety of Applications

Previously, countries with import restrictions on vegetative paspalum could not take advantage of the benefits of products such as Platinum TE. The ease of importation offered by a seeded variety solved the problem. Pure Dynasty provides the solution for the highest quality turfgrass in these markets. Such was the case at the Jose Maria Olazabal-designed and Troon-managed Velaa Golf Academy in the Maldives where Pure Dynasty is planted wall-to-wall.

“As we faced import regulations on traditional stolons amongst other logistic challenges, Pure Dynasty, with its high salinity resistance as well as its proven drought and disease resistance, is the perfect fit for Velaa Golf Academy,” said Anton Ortner, senior design associate at Olazabal Design. “On top of that, Pure Dynasty provides the course with a striking contrasting bright green color, and the medium-fine texture ensures great playing conditions from tee to green.”

Bukit Pandawa Executive Golf Club in Bali by JMP Golf Design also features the seeded paspalum throughout the course. Project Manager and Golf Course Superintendent Don Ellsworth selected Pure Dynasty due to his positive experiences with paspalum and because of the ease of import and planting of seed. His expectations were met and exceeded.

“I fully recommend Pure Dynasty,” Ellsworth said. “What I like most about this turf is the ease of planting, the awesome color, the texture, and the fact that I can use it for everything on the course.”

“Pure Dynasty provides a firm and tight canopy that improved the golf course playability and proved a challenge to some of the world’s best players during the European Tour’s Saudi International,” said Patrick Ryan, former Director of Agronomy at Royal Greens.

For projects that cannot afford the time or cost of traditional turf conversions, Pure Dynasty is uniquely capable of offering a less expensive and less disruptive option. Interseeding allows playing surfaces to be gradually converted to Pure Dynasty with minimal disruption to play as opposed to sodding, sprigging, or traditional seeding. Never before has it been this easy to upgrade from less advanced turf. Pure Dynasty provides improved disease resistance, exceptional salt tolerance, shade and low light resistance, finer leaf blade, tighter canopy, and better wear tolerance than older turf varieties with the convenience of interseeding.

Selected Around the World

Projects in over twenty countries on five continents have chosen Pure Dynasty for new construction, renovation, and interseeding projects including golf courses, sports fields, and landscaping.

Reaching the Goal for Optimal Turf Year-Round with…
Paspalum Uses, Advantages, and Costs
Paspalum: More Relevant Than Ever