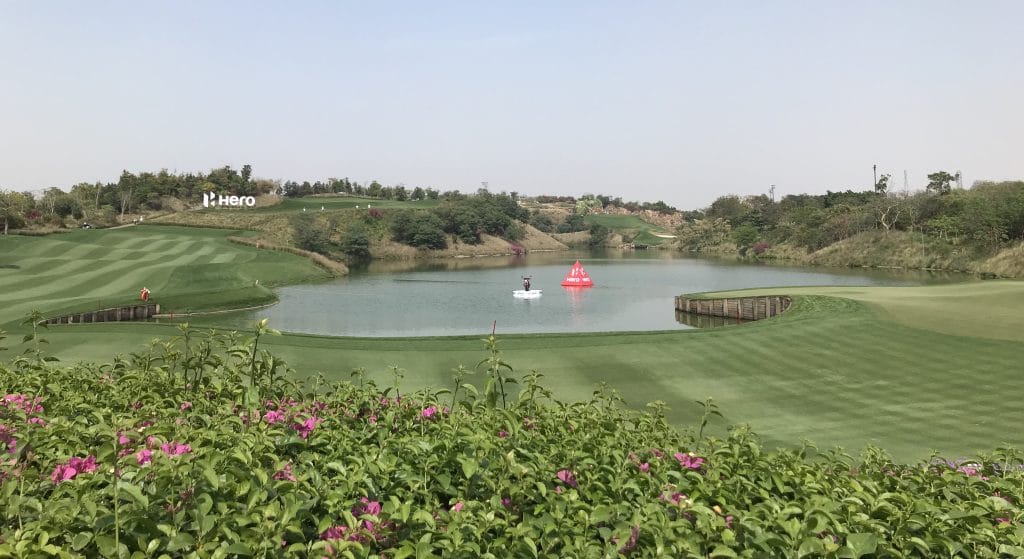 For championship golfers and spectators, one of the most beautiful sights is a tournament-ready golf course groomed to perfection and prepped to challenge the most seasoned and capable players. Atlas Turf International is proud to be the turfgrass supplier for many of the world’s most remarkable championship courses.

TPC Kuala Lumpur’s West Course is the location of the CIMB Classic, Southeast Asia’s only official PGA Tour FedExCup event. Redesigned in 2008 by Parslow & Winter Golf Design, the West Course features Celebration Bermudagrass on the fairways and tees and TifEagle Bermudagrass on the greens supplied by Atlas Turf. TPCKL is Asia’s one and only golf facility in the TPC Network. On numerous top 100 lists including the Golf Digest World’s 100 Greatest Golf Courses and the Top 100 Platinum Golf & Country Clubs of the World, TPCKL meets the highest of golf standards.

The Saudi International powered by SBIA completed its inaugural event in February at Royal Greens Golf and Country Club in King Abdullah Economic City, Saudi Arabia. The championship course by Dave Sampson of European Golf Design is grassed wall-to-wall with Pure Dynasty Seeded Paspalum from Atlas Turf. As part of the Desert Swing of the European Tour schedule, the Saudi International is the tour’s first event in Saudi Arabia. Running along the east coast of the Red Sea, Royal Greens won Best Leisure Development from the International Property Awards.

The Gary Player Course at DLF Golf and Country and Club in New Delhi, India is the site of both the Hero Indian Open on the European Tour and the Hero Women’s Indian Open on the Ladies European Tour. The course, featuring Celebration Bermudagrass and MiniVerde Ultradwarf Bermudagrass from Atlas Turf, has won Asian Golf Monthly’s Best Golf Course in India five times. An island green on the fifth hole, spectacular rock features on the “Quarry Nine,” and steep geotextile bunker faces are among DLF’s striking elements.

Between its Serapong Course and the New Tanjong Course, Sentosa Golf Club is almost always tournament ready. With Platinum TE Paspalum tees on both courses and Zorro Zoysia fairways on the New Tanjong, Sentosa hosts many championship events and garners numerous industry accolades. In 2017, the New Tanjong ranked second by Golf Digest Singapore among golf courses in the country. In 2018, the Serapong Course ranked number 79 among the world’s 100 Greatest Golf Courses by Golf Digest. Serapong has a long history of hosting the Singapore Open, currently sponsored by SMBC and co-sanctioned by the Asian Tour and the Japan Golf Tour. The New Tanjong hosted the Women’s World Championship in 2017 and 2018 as well as the 2018 Asia-Pacific Amateur Championship where winner Takumi Kanaya of Japan earned an invitation to play in the 2019 Masters Tournament in Augusta, Georgia.

In the United States, many championship courses feature turfgrasses represented by Atlas Turf internationally. TPC Sawgrass in Ponte Vedra, Florida, featuring Celebration Bermudagrass, is the home of THE PLAYERS Championship. Harbour Town Golf Links in Hilton Head, South Carolina with Celebration Bermudagrass has hosted the Heritage Classic since 1969. East Lake Golf Club in Atlanta, Georgia, featuring MiniVerde Ultradwarf Bermudagrass greens, has hosted the TOUR Championship 18 times since 1998 and is the permanent home since 2005. Kiawah Island’s Ocean Course with Platinum TE Paspalum hosted the PGA Championship in 2012 and will do so again in 2021.

Whether hosting a major championship event or a local club outing and whether the players are world-ranked professionals or a group of friends enjoying a weekend round of golf, the turfgrass sets the stage. Atlas Turf International provides turf on a global scale with the best selection of the highest quality turfgrasses available.